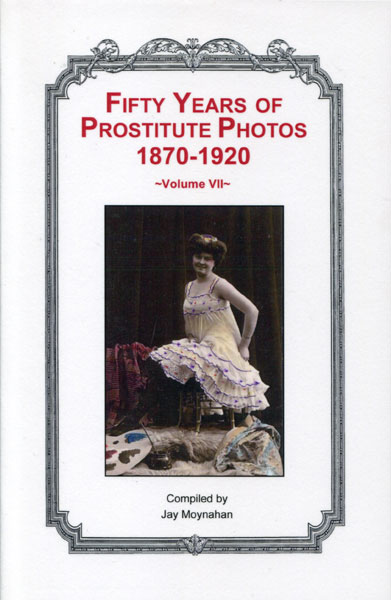 Other works by MOYNAHAN, JAY

First edition. 8vo. Signed by the compiler. Pictorial stiff wrappers, 64 pp., acknowledgments, introduction, illustrated from photographs. This is the seventh volume in the series. Most of the photographs in this book have not been previously published in the other books produced by Chickadee Press. As with the other books in this series the photographers and women in the photographs are unknown. These photographs were produced by professional as well as amateur photographers. Most of the women are shown in photographic studios with painted backdrops. There are a few that might have been taken in brothels, cribs, or other buildings. Some were taken out-of-doors. All photographs date between 1870 and the 1920s. The majority are of French and American prostitutes. As in the previous books, the photographs range from fully-dressed prostitutes to those who have shed all their clothes. The photographs are not pornographic, the ladies are just not wearing clothes. Each photograph is accompanied by a quote about prostitutes or prostitution. The quotes have been collected from a variety of sources. As new.

The Bad Man Of The West
GEORGE D HENDRICKS