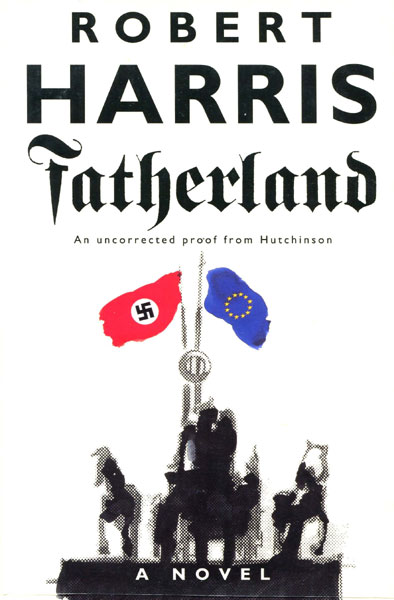 Other works by ROBERT HARRIS

First edition. Author's first novel. Uncorrected proofs. Near fine in pictorial wrappers. Novel is set in a world where Germany has won WW II, and the Third Reich has been extended from the Rhine to the Ural Mountains. In April, 1964, the naked body of an old man floats in a lake on the outskirts of Berlin. In one week it will be Adolf Hitler's 75th birthday. A terrible conspiracy is starting to unravel, and Xavier March is assigned the case of the old man in the lake. Soon he finds himself on a trail that leads through love and danger, wartime corruption and Swiss bank vaults, to the black heart of the Nazi state. Highly recommended.

Jacquot And The Angel.
MARTIN O'BRIEN

Strangers On A Train.
PATRICIA HIGHSMITH