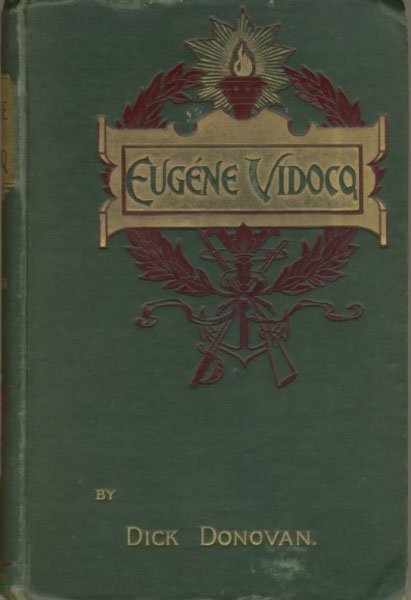 Other works by DICK DONOVAN

First edition. Small piece from upper corner of front free fly-leaf has been carelessly restored which leaves a small discoloration to the upper corner of the half-title page, front and rear hinges are intact but beginning to show signs of weakening, else a good copy. Vidocq was released from jail in France in 1809 and became a police informer and eventually a detective.