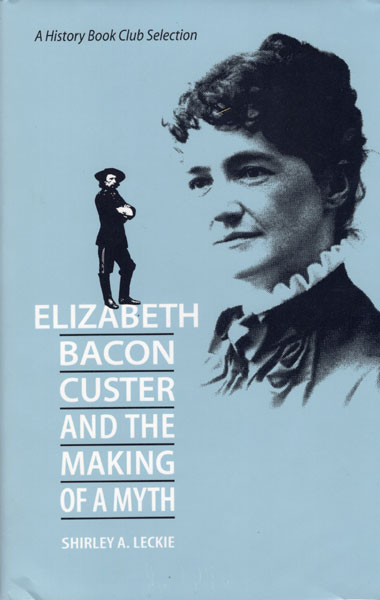 Elizabeth Bacon Custer And The Making Of A Myth

by Shirley A Leckie

First edition. 8vo. Two-tone quarter cloth, titles stamped in gold gilt on the spine, xxiii [blank],419 pp., contents, illustrations, preface, introduction, epilogue, abbreviations, notes, bibliography, index. When George Armstrong Custer died at the Battle of the Little Big Horn in 1876, thirty year old Elizabeth Bacon Custer was left a widow and deeply in debt. By the time she died fifty-seven years later she had achieved economic security, recognition as an author and lecturer, and the respect of numerous public figures. She had built the Custer legend, an idealized image of her husband as a brilliant military commander and a family man without personal failings. As new, unread copy in dust jacket.

The Spur Ranch. A Study Of The Inclosed …
by William Curry Holden

Bell Ranch As I Knew It.
by George F. Ellis