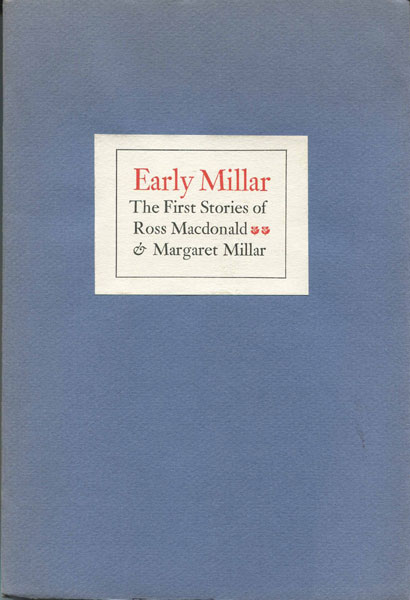 by Ross And Margaret Millar. Macdonald

First edition. 8vo. With an introduction by Ralph B. Sipper. One of 150 numbered copies this being copy 54. In 1931 the first stories by Margaret Sturm (later Millar) and Kenneth Millar appeared in their high school magazine, The Grumbler. The stories appear here and Margaret's Grumbler contribution was a short story titled IMPROMPTU and Kenneth wrote a Sherlock Holmes pastiche called THE SOUTH SEA SOUP CO. Each story, at that early time, foreshadow the writing style for which each is remembered today. As new, unread copy.

The Hsca, The Zapruder Film, And The Single-Bullet …
by Raymond Marcus