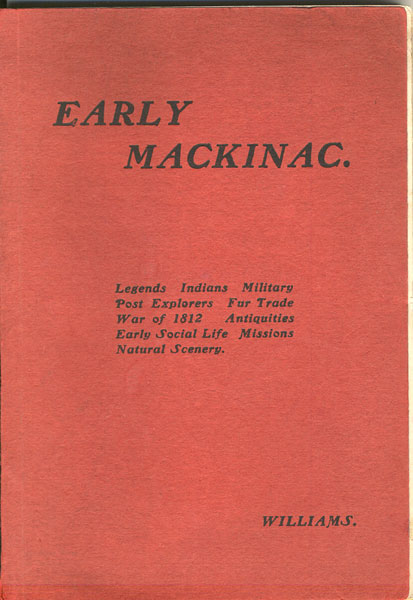 Third edition. Revised and enlarged. 12mo. 7 1/2" x 5" red printed wrappers, 163 [1] pp., frontispiece (map), preface, illustrated, 8 plates, 2 maps, chapter footnotes. This book was originally published in 1897, and again in 1901. This third edition is considerably revised and enlarged over the first and second issues. Much information on the French, British, Indians, the fur trade, William Beaumont, Margaret Fuller, etc. The Detroit Free Press says "May be regarded as historically exact in every detail. The changes which have taken place in two centuries are chronologically followed, and the reader who wishes a succinct, exact, and also pleasantly written account of the white man's occupation of the Island, combined with descriptions of the picturesque features and legends attached to them should study this brochure." Former owner's neat, inked name on front fly leaf, else a very good, tight copy.

The History Of Texas; Or, The Emigrant's, Farmers, …
by David B. Edward