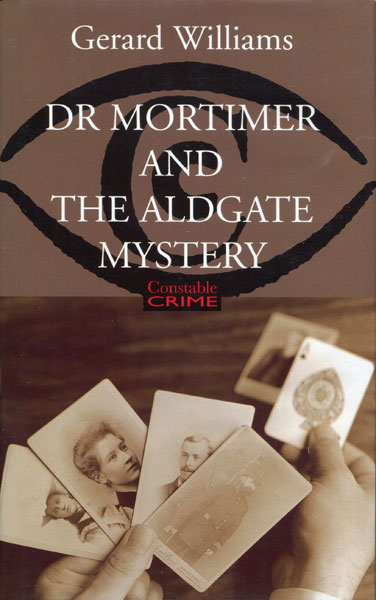 Dr Mortimer And The Aldgate Mystery.

Other works by GERARD WILLIAMS

First edition. Author's first mystery. Fine in dust jacket. Introducing a new series featuring Victorian Dr. James Mortimer and his liberated assistant Dr. Violet Branscombe. In 1890 London, Dr. James Mortimer, friend to Dr. Watson (of Sherlock Holmes and Dr. Watson), takes a position as a substitute physician at Dr. Violet Branscombe's clinic for abused women in Whitechapel. One of his first patients is Lavinia Nancarrow, the ward of a wealthy merchant and former India nabob who's been holding her essentially captive in his home in Aldgate. The only man allowed to visit the young woman is an art tutor who is suspected of some vile doings. Mortimer and his new colleague team up to investigate the mystery of LaviniaAs confinement and the identity of her visitor.

A Talk With Angels.
DESMOND MEIRING

The Final Deduction. Original Painting Artwork For The …
REX STOUT