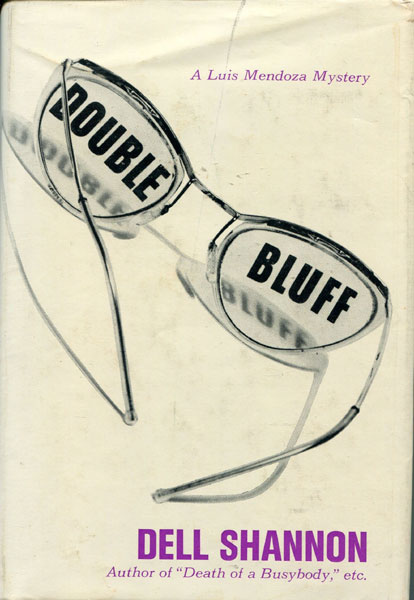 First edition. Fine in dust jacket lightly foxed on verso along with light soiling to the front and back panel. Pseudonym of Elizabeth Linington. Lt. Luis Mendoza was troubled by Francis Ingram, prime suspect for a murder Luis didn't think Ingram had committed. Someone had murdered his wife, Arabella, and the evidence pointed straight at Ingram. As the case progressed, it became clear that everyone that knew Arabella had a grudge against her, but who hated her enough to kill her?

A Dram Of Poison.
by Charlotte. Armstrong

The Viaduct Murder.
by Ronald A. Knox

The Shadow And The Golden Master.
by Walter B. Gibson

Cage Of Mirrors.
by Robert. Ray