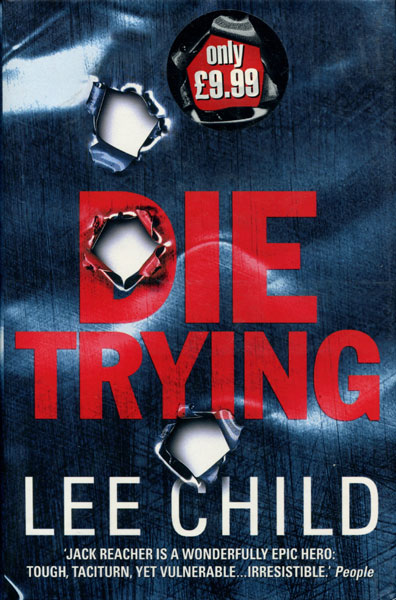 First edition. Signed and dated in the year of publication by the author. Page edges evenly tanned else fine in fine dust jacket. The second book in the Jack Reacher series. On a Chicago street in bright sunshine, Jack Reacher, is strolling nowhere and sees an attractive young woman, struggling on crutches. Naturally, he stops to offer her a steadying arm. He turns around to see a handgun aimed straight at his stomach. Locked in a dark, stifling van racing across America, chained to the woman, Reacher needs to know why he's there. The kidnappers are saying nothing. The woman claims to be an FBI agent. She's tough enough to be one. At their remote destination, will raw courage and cunning be enough to overcome the hopeless odds?

The Eagle's Prophecy.
by Simon. Scarrow

The Polish Officer.
by Alan. Furst