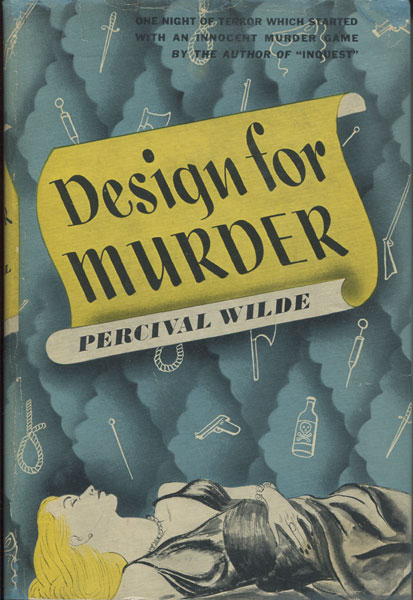 First edition. Darkening to the cloth in the front cover channel and the front cover corners, else near fine in dust jacket with light professional restoration to the spine ends, corners, and extremities. A pleasingly puzzling tale in the vein of Agatha Christie's "And Then There Were None." Ten people are gathered for a weekend in a Connecticut country house, and when death appeared in their elaborately staged murder game, because none of them sought for any further scandal to attach to their names, it seemed expedient for them to attempt to solve the case themselves and pick the murderer from their midst.

The Ivory Dagger
by Patricia Wentworth

Murder At The Rose.
by Judith. Cook