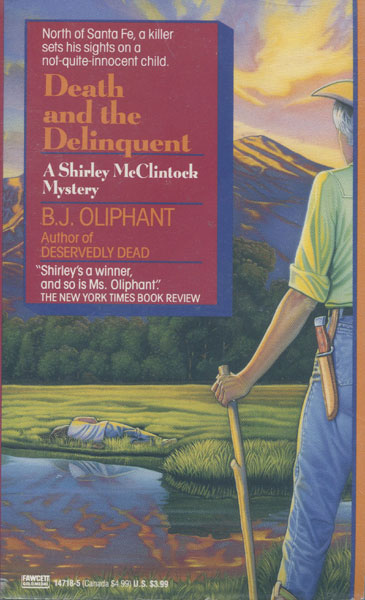 Death And The Delinquent.

First edition. PBO. Near fine in pictorial wrappers. The fourth in the Shirley McClintock mystery series. Shirley McClintock is vacationing in New Mexico with her friend J.Q., her daughter Allison, and Allison's schoolmate April. While exploring a mesa on muleback, a sharpshooter wings Shirley's mule, sending her into the hospital with a crushed knee, and kills April. No one seems to miss the dead girl much, least of all her parents. But, on the other hand, everyone is very interested in a small golden horse found in her possession. April's death seems linked somehow to both the kidnaping of a prominent local resident's newborn child and the theft and resale of Native American pottery.

Card Game. Game Of Yellowstone (No. 1122). Descriptive …
by The Cincinnati Game Company