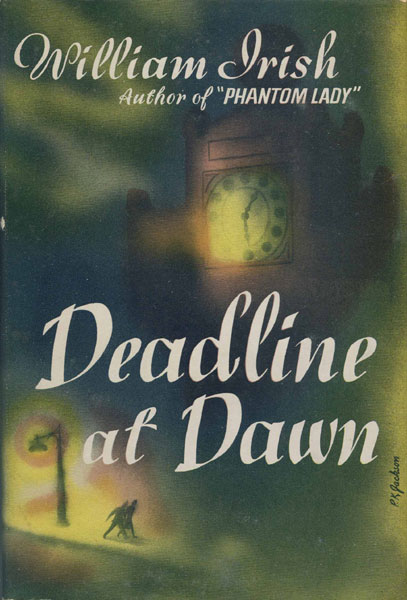 First edition. Pseudonym of Cornell Woolrich. Fine, tight copy in dust jacket with light foxing to reverse side. The gripping mystery from which the R.K.O. Radio film was made and starred Bill Williams, Susan Hayward, and Paul Lukas. With Clifford Odets as screenplay writer the film was released in 1946 and is the story of a sailor on leave who appears to have killed a woman during a drunken stupor, and has until dawn to find the real killer, aided by a weary dance hall girl. An attractive copy of an excellent thriller.

What Ever Happened To Baby Jane?
by Henry. Farrell

Thoroughfare Of Stones.
by Richard. Haley