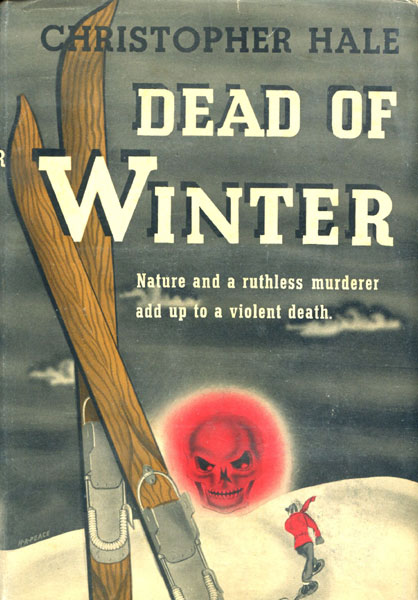 Other works by CHRISTOPHER HALE

First edition. Fine, bright, tight copy in dust jacket, lightly rubbed at the spine ends and corners. Set in Northern Michigan, a man leaves a house party during a raging snow storm and does not return. After the storm his frozen body was found by the state police. Why he left the party was a mystery to everyone, but he had quarreled with his cousin over money, he had openly jilted a girl who was in love with him, he had made unwelcome advances to his cousin's fiancee, and he had antagonized his hostess's protege. Did nature do the job or was it ruthless murder? Crime Club mystery. An exceptional copy.

Put On By Cunning
RUTH RENDELL