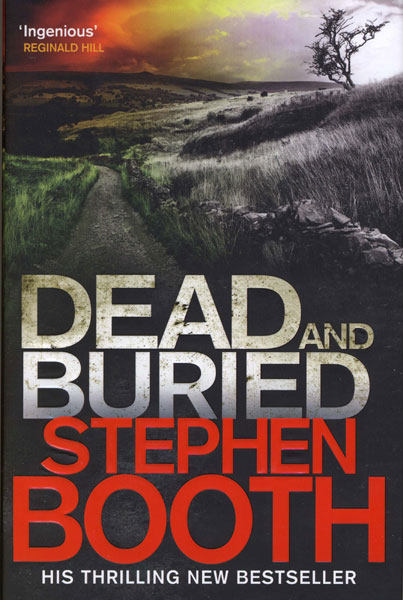 Other works by STEPHEN BOOTH

First edition. Signed by the author. Fine in dust jacket. The moors are always a potentially hazardous place but the recent outbreak of fires are making them even more treacherous. The fire fighters believe the fires are the result of arson and ask for a police investigation. Aidan Merritt wanders across the smoke-filled moors and then heads to The Light House, an abandoned pub that had closed its doors two years prior. As Aidan heads across the smokey moor and to the defunct pub, he is murdered. At the same time the fire fighters discover a rucksack and a credit card belonging to David Pearson. He and his wife Trisha were last seen a couple of years ago but mysteriously vanished. Some of the community believe they may have staged a disappearance due to fraud. The finding of the rucksack opens up the case once more and when Aidan’s body is found the police want to know if the two incidents are related. DS Ben Cooper investigates. What links the three deaths? Where are the missing bodies? Who is responsible - and how do the raging fires fit in?