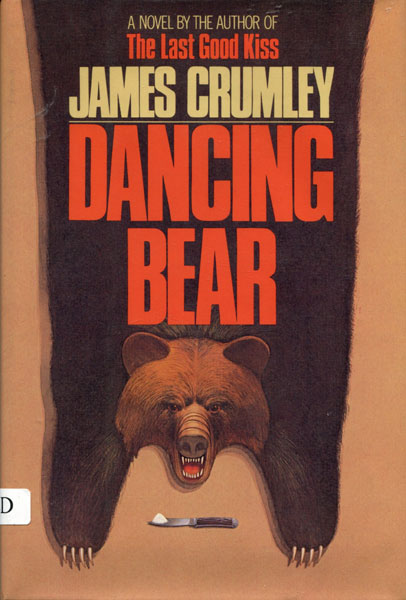 Other works by JAMES CRUMLEY

First edition. Signed by the author. Fine in dust jacket with 3/4" crease to bottom of rear flap. Milo is hired by a nosey, rich woman to spy on two people -- a man and a woman who sit in their cars for about an hour or so every Thursday afternoon. the woman wants to know who the two people are and what they talk about. Seems pretty simple but .... soon the man Milo's tailing is killed in the exploding car that he's driving; Milo finds a live grenade wired to the clutch petal of his rental; in the Toyota Milo finds two submachine guns, ammo, grenades, and a kilo of marijuana and bag of coke. Suddenly, Milo is on the run. An action-packed thriller!!

The Man In Grey. Being Episodes Of The …
BARONESS ORCZY

A Streetful Of People
WINSTON ESTES

The Sins Of The Father.
LAWRENCE BLOCK