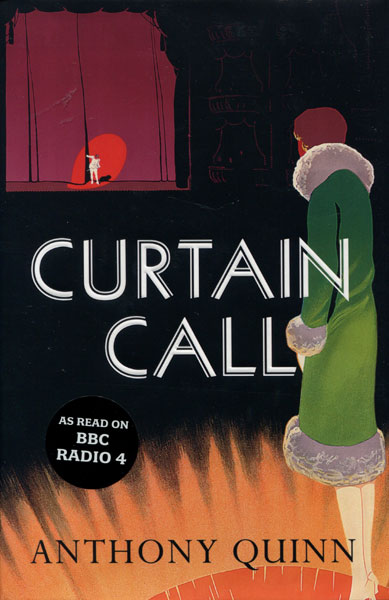 First edition. Signed by the author. Fine in dust jacket. In the summer of 1936 a woman accidentally interrupts an attempted murder in a London hotel room. Nina Land, a West End actress, faces a dilemma: she’s not supposed to be at the hotel in the first place, and certainly not with a married man. But once it becomes apparent that she may have seen the face of the man the newspapers have dubbed ‘the Tie-Pin Killer’ she realizes that another woman's life could be at stake. Jimmy Erskine is the tawdry leader of theater critics who fears that his star is fading: age and drink are catching up with him. He has depended for years on his loyal secretary Tom, who has a secret of his own to protect. Tom’s chance encounter with Madeleine Farewell, a lost young woman haunted by premonitions of catastrophe, closes the circle: it was Madeleine who narrowly escaped the killer’s stranglehold that afternoon, and now walks the streets in terror of his finding her again.

The Case Of The Phantom Fingerprints
by Ken Crossen

The Key Man
by Valentine. Williams

Herring In The Smoke
by L.C. Tyler