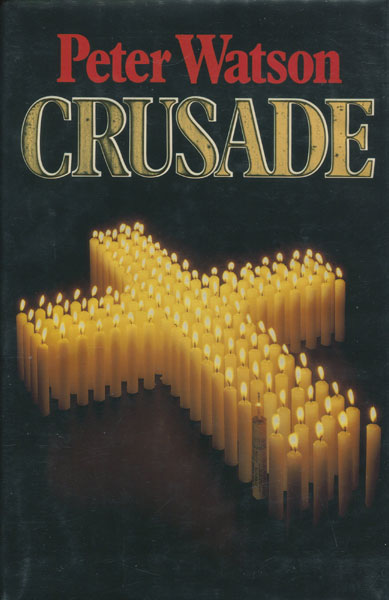 Other works by PETER WATSON

First edition. Fine in dust jacket. An earthquake demolishes a small Italian town, and the Pope, the first American Pope, visits the area and is severely attacked in front of television cameras by the town's mayor, for being content with prayer instead of practical aid. The Pope decides to sell one of the Vatican's most cherished paintings and donate the proceeds to the town. It is such a successful venture that he launches a crusade against poverty and injustice everywhere, much to the concern of The Church itself, because he is using assets of the Vatican to finance his crusade. He must be stopped.