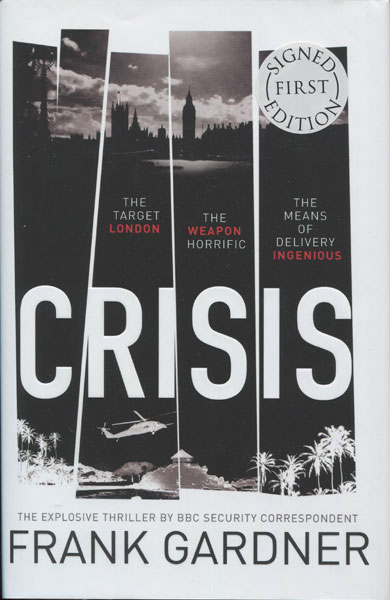 First edition. Signed by the author. Fine in dust jacket. Introducing Luke Carlton - ex-Special Boat Service commando, and now under contract to MI6 for some of its most dangerous missions. Sent into the steaming Colombian jungle to investigate the murder of a British intelligence officer, Luke finds himself caught up in the coils of a plot that has terrifying international dimensions. Hunted down, captured, tortured and on the run from one of South America's most powerful and ruthless drugs cartels and its psychotic leader thirsting for revenge, Luke is in a life-or-death race against time to prevent a disaster on a truly terrifying scale: London is the target, the weapon is diabolical and the means of delivery is ingenious.

The Money Harvest.
by Ross. Thomas