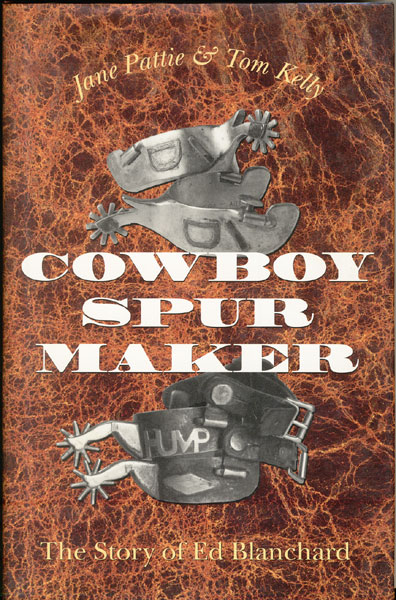 First edition. 8vo. Cloth, gold stamping on spine, tan endpapers, x, 146 pp., Muchas Gracias, illustrated, afterword, bibliography, index. The story of Ed Blanchard, spur maker and cowboy. Edward Blanchard lived and worked in New Mexico and Arizona throughout his life. Early on, working only by hand, Blanchard said he could do a pair of spurs in four or five days. Later with the help of machines he could do a pair of spurs per day. His designs are unique to him in terms of the profile of the heel band and shank typically thick heel-bands and short shanks. Many fine photographs of Blanchard spurs. Fine in dust jacket.

Wine Country. The Sonoma And Napa Valleys. A …
PHYLLIS ZAUNER