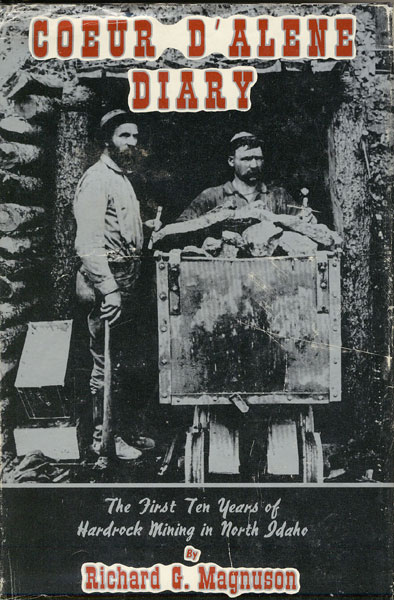 First edition. Inked signature of the author on the title page. Cloth, titles in silver gilt on the front cover and spine, map on front and rear endpapers, xiv [2], 319 pp., foreword, author's preface, illustrated from photographs, index. The Coeur D'Alene district from the first decade when it emerged as a "boom country" due to the discovery of gold and silver. The district, whose mines produce nearly as much silver each year as the rest of the United States combined. Fine, bright copy in dust jacket with light rubbing to the extremities.

In The Shadow Of The Rockies.
C. M. Macinnes, M.A

Gasoline Sprees In The Sunshine State
by Anna Wilds Strumquist