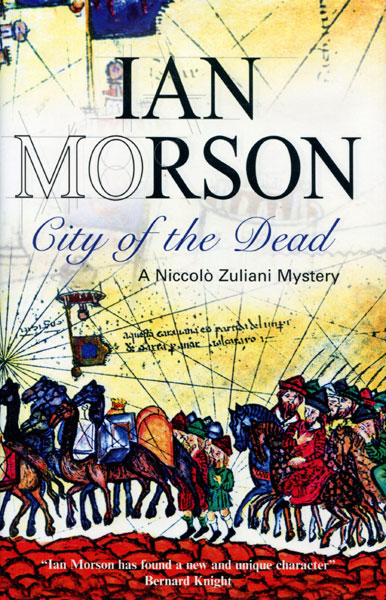 City Of The Dead.

First world edition. Fine in fine dust jacket. An exciting new medieval historical mystery series featuring Venetian crime solver Nick Zuliani. When Nick Zuliani, Venetian entrepreneur and explorer, is down on his luck in the Crimea, he is dragged out of the gutter by Friar Alberoni. The priest wants him to be his bodyguard for an amazing journey to the court of the Mongol overlord, Kubla Khan, in the fabled city of Xanadu, whose streets are rumored to be paved with gold. Zuliani jumps at the chance, but he regrets his decision when he becomes embroiled in solving the murder of the man Alberoni was seeking. Sneaking into the Inner Palace, where discovery means instant death, he begins to unravel the threads of deceit and corruption at the heart of the Mongol Empire.

The Dying Of The Light.
by Michael. Dibdin

The Man In The Net.
by Patrick. Quentin