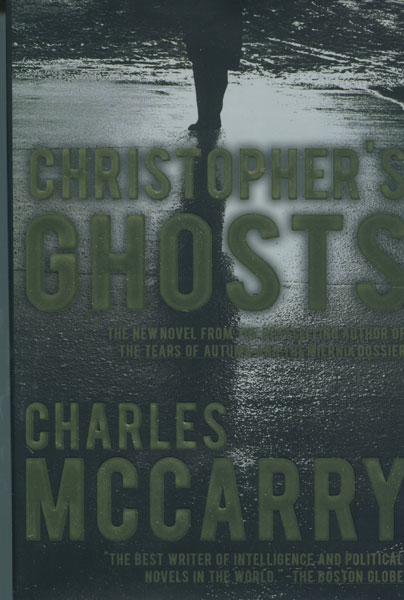 First edition. Fine in fine dust jacket. 1939 Berlin: 16-year-old Paul struggles with his American novelist father and German aristocrat mother against the Nazi rulers of Germany. The Christophers are refined intellectuals and known to be sympathetic to the persecuted Jews. A sadistic SS officer, Major Stutzer, takes pleasure in harassing Paul, who has fallen into an impassioned but forbidden love affair with a Jewish doctor's daughter. As war breaks out, Paul barely escapes, while his lover meets a horrible fate at Stutzer's hands. Flash forward to 1959: Paul, now one of the CIA's top operatives, undertakes a clandestine operation in East Berlin where the Soviets have recruited Stutzer to train their Arab allies. Can Paul finally face his old nemesis and put the ghosts of the past to rest?

The Man In The Corner.
by Baroness. Orczy

Flight Of The Storks.
by Jean-Christophe. Grange