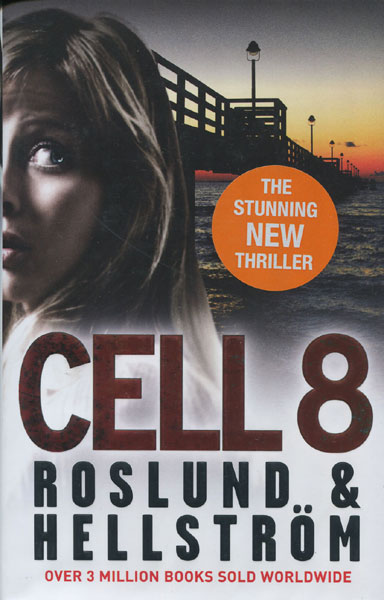 First U.K. edition. Translated from the original Swedish by Kari Dickson. Signed by both authors. Fine in fine dust jacket. A cheap crooner by the name of John Schwarz earns his keep on a ferry between Sweden and Finland, singing for drunken passengers. One night, he loses his temper with a man harassing women in the crowd, beating him unconscious. As drunken brawls are commonplace on the Baltic cruising ferries, no one raises an eyebrow. No one except Detective Superintendent Ewert Grens. Concerned by the details of the case report, Grens can't help but think someone capable of such violence must have a history of it. As a precaution, he orders Schwarz arrested: one that is seemingly justified when Schwarz provides such resistance that he has to be sedated. Suspicion turns to shock when Grens discovers that John Schwarz does not exist. When he learns that the man in his custody is in fact John Meyer Frey, an American citizen from Marcusville, Ohio, he's even more astonished. John Meyer Frey can't be sitting in front of him...he died on Death Row six years earlier.

The Black Book.
by Ian. Rankin