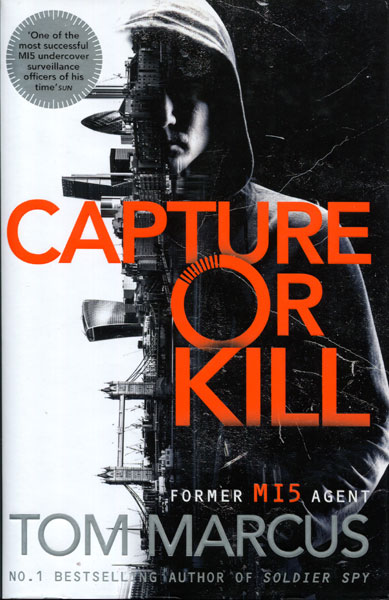 Other works by TOM MARCUS

First edition. Signed by the author. Author's first novel. As new, unread copy in fine dust jacket. Matt Logan is an MI5 agent for the British government. Working on the frontline of counter-terrorism in the UK, he’s trained to protect its citizens against all threats. When two brothers known operationally as ‘Iron Sword’ and ‘Stone Fist’ are suspected of plotting a major terrorist event, Logan and his team work undercover to track them down. If they fail, an attack will be unleashed that will rock the country to its very core. Frustrated by always needing to obey the rules, Logan yearns for a way to break through the red tape that hinders their progress. His wishes seem to come true when he is offered the chance to join a new, deniable outfit known as ‘Blindeye.’ Then devastating news reaches Logan, throwing his world into turmoil, but one thing remains certain, he will join the team and become their fiercest, most ruthless operative. The first in the series featuring MI5 operative Matt Logan.

The Heat's On.
CHESTER HIMES