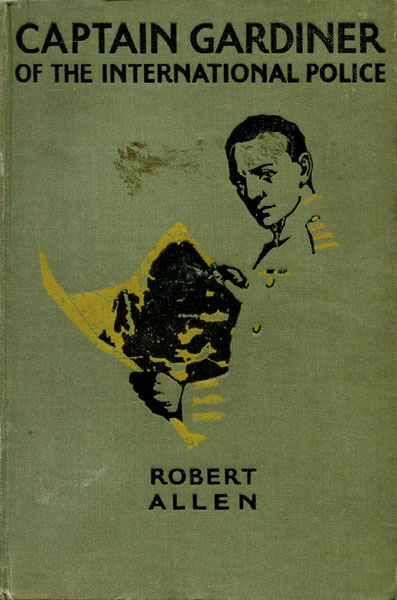 Captain Gardiner Of The International Police. A Secret Service Novel Of The Future.

First U. K. edition. Author's only book. Former owner's inked name on front fly leaf, else very good, tight copy. A spy novel set in the future ... 1978. The Great War is over and a three-way global balance of power has evolved between Europe and the Americas, a Muslim confederation, and the Asian powers. The International Police have been the Federation's military and intelligence service but after decades of peace there is emerging pressure to disband the I.P. Captain Gardiner and his colleague Major Wilkie travel to Peking to obtain the secret war plans of the Chinese and Japanese Alliance. The Alliance plans to wait until the I.P. is disbanded then attack the west. Gardiner and Wilkie's co-conspirator is a Chinese traitor named Wu, who is the last descendant of the Manchu rulers. Wu hates the current government and hopes to take over China if the International Federation defeats the Sino-Japanese Alliance ... or at least that's what Wu wants them to believe. In reality he has lured Gardiner and Wilkie into a trap.

Put On By Cunning
by Ruth Rendell

The Road To Gandolfo.
by Michael. Shepherd