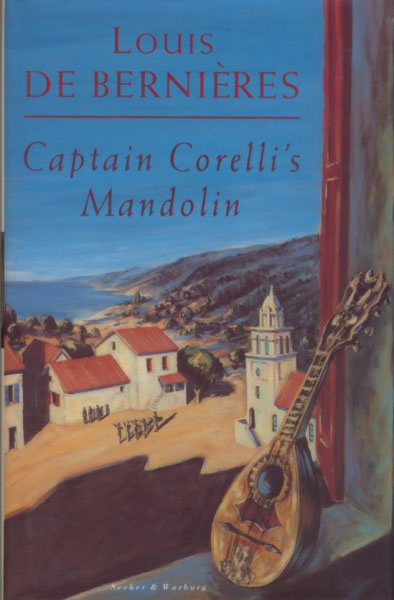 First edition, first printing. White cloth, purple endpapers, 8vo. Fine, unread copy in fine dust jacket. A novel set during WWII on the Greek island of Cephallonia, which is occupied both by German and Italian forces. The Greeks, Germans, and Italians, all seem to co-exist rather well given the circumstances, but after a time the desire for power and control causes a terrible hardship for the islanders. Provocative and yet a sensitively written story that we feel many of you will enjoy for its sense of place, the characters involved, and the story itself. Winner of the Commonwealth Writer's Prize and the basis for the 2001 movie that starred Nicholas Cage, Penelope Cruz, and John Hurt.

The Blue Dahlia: Rare Glasscoming-Attraction Slide For The …
by Raymond. Chandler

The Staked Goat.
by Jeremiah. Healy

About Face.
by Donna. Leon