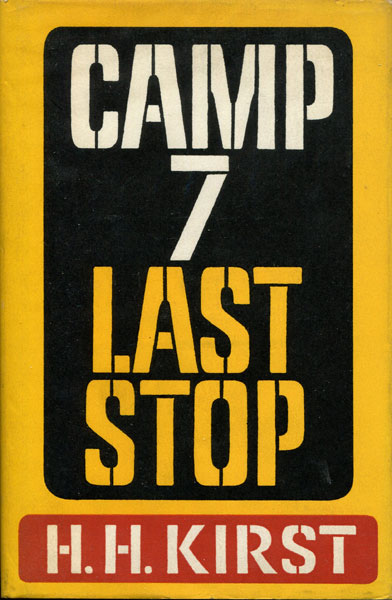 Other works by HANS HELMUT KIRST

First English language edition. Translated by J. Maxwell Brownjohn. Fine in dust jacket. In 1945 in an American de-Nazification camp near Munich, four thousand men await the verdicts on their pasts. However a sharp division exists betwwen the American commandant and his second-in-command, a former German forced to flee his country. One wants results and the other wants justice. The real bone of contention between them is a former SS officer suspected of a brutal crime.

The Adventures Of Sam Spade And Other Stories.
DASHIELL HAMMETT