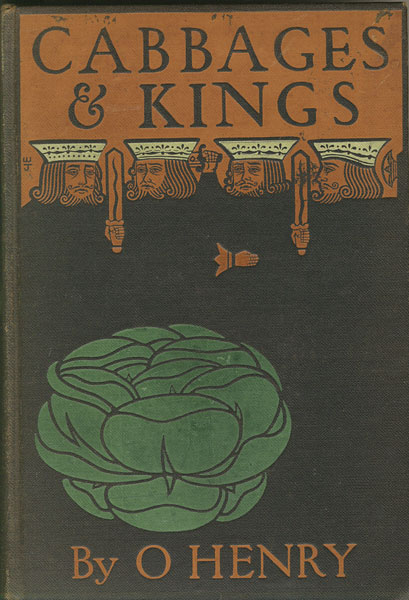 First edition. Author's first book. 8vo. Light evidence of bookplate removal from front pastedown sheet, else near fine in unfaded pictorial binding. The author, who was under indictment for bank embezzlement in 1896, fled to Honduras, where he was later jailed, and drew on his experiences there to compose the stories in CABBAGES AND KINGS. "In Coralio - a sultry coastal town in the volatile banana republic of Anchuria - a disparate cast of vagabonds, hucksters, mercenaries, merchants and consuls is busy plotting, scamming, drinking, loving or trying to forget the past. Each has his own tale to tell and his own particular reason for washing up on these tropical shores - and all have a part to play as this masterpiece of twisting narrative begins to unfold...."

Letter Of The Secretary Of The Interior, Communicating …
by O. H Browning

The Feud That Wasn't. The Taylor Ring, Bill …
by James M. Smallwood

Early Days Of A Cowboy On The Pecos.
by James F. Hinkle

Two Photographs Relating To Pete Maxwell, Son Of …
by Anonymous