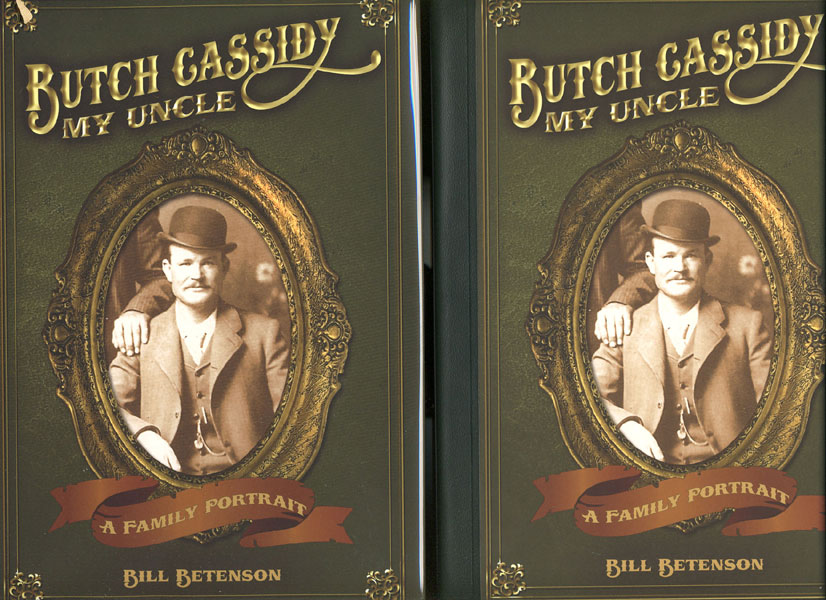 First edition. 8vo. Deluxe limited edition of 40 signed copies, with a special leather binding and wrapped in a dust jacket, and packaged in a custom-made leather clamshell box. Also included is a Certificate of Authenticity, similarly numbered, autographed, and dated. Additional enhancements include six color photographs and two documents. Dark green leather, titles stamped in gold gilt on the spine, 319 [1] pp., colorful front and rear endpapers, frontis. [portrait of Butch Cassidy], foreword, illustrated, portraits, maps, appendices, notes, acknowledgments, bibliography, index, about the author. Bill Betenson is the great-nephew of Butch Cassidy and now, after 100 years he reveals the outlaw's true story. Cassidy rode the untamed frontiers in the United States and South America, and one of the fascinations with him is that so many unanswered questions about his life still remain. Betenson presents reasoned interpretations to such questions as "Which crimes did Butch commit?" "Which crimes did he help plan?" "Which outlaws did he work with?" "Did he die in South America?" and "Who masqueraded as Butch Cassidy?" A well-documented and entertaining read complete with numerous photographs of interest. As new, unread copy in dust jacket, housed in a leather clamshell case.

Written In Blood: The History Of Fort Worth's …
by Richard F. And Kevin S. Foster Selcer

A History Of Limestone County Texas, 1833-1860
by Hampton Steele