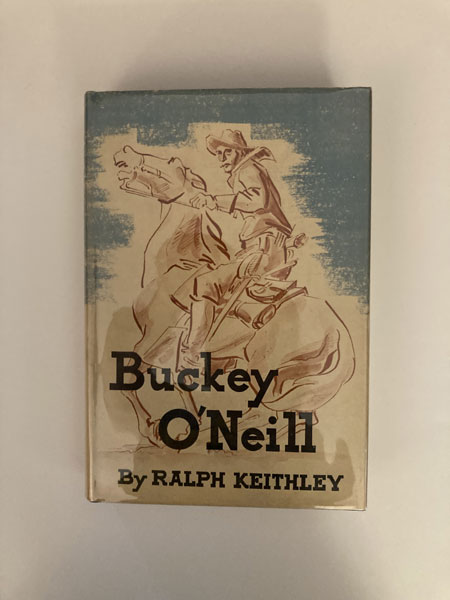 Buckey O'Neill...He Stayed With 'Em While He Lasted

First edition. Cloth, gilt stamping on front cover and spine, 247pp., frontis., preface, illustrations, map, index. Six Guns 1213 says, "A biography of a noted Arizona peace officer, with an account of his chase and capture of four of the outlaws who robbed the Atlantic and Pacific train in 1889. The book also gives some information on the Earp-Clanton feud." Buckey O'Neill's versatile abilities enabled him to become a court reporter, probate judge, superintendent of schools, editor of the Hoof and Horn, and sheriff of the county. A commissioned officer under Colonel Theodore Roosevelt, he was killed at San Juan Hill, July 1, 1898, at 38 years of age. Fine in dust jacket. Author's first book.

Remedies From The Red Lights: Cures, Treatments And …
by Jay Moynahan

Some Gave All. Forgotten Old West Lawmen Who …
by J. R. Sanders