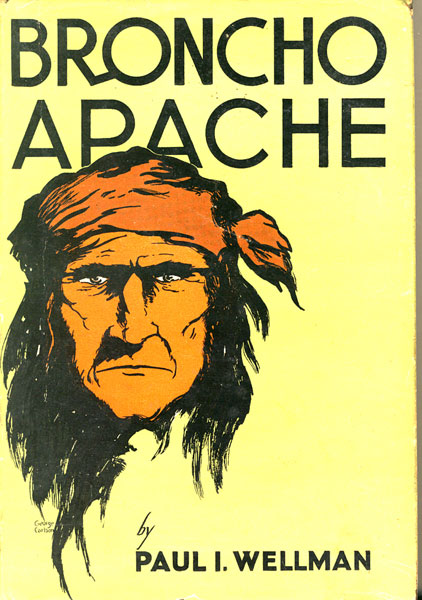 Other works by PAUL I WELLMAN

First edition. 8vo. Author's first book. Former owner's bookplate, light offsetting to both front and rear endpapers, and lightly rubbed along bottom edges of cloth, else near fine in dust jacket with light wear to both front and rear flap folds, and some light spotting to lower portion of front panel. The story of an Apache warrior under Geronimo, named Massai is being relocated to a prison in Florida. He escapes from the prison train somewhere in Missouri and makes his way back to Arizona, where he is betrayed by one of his people, recaptured and sent off to the Florida prison, where he kills his guards and escapes into the Sierras. This was portrayed very well in 1945 in a film directed by Robert Aldrich, and starred Burt Lancaster and Jean Peters with Charles Bronson and John McIntire also in the cast. A handsome copy.

Letter From The Secretary Of The Interior, Relative …
C DELANO

The Legends Of Old Ben. Unembellished Anecdotes About …
RATHBURN, LOYD AND CHUCK LIDDELL [COMPILED BY]

The American Bisons, Living And Extinct.
J. A. ALLEN