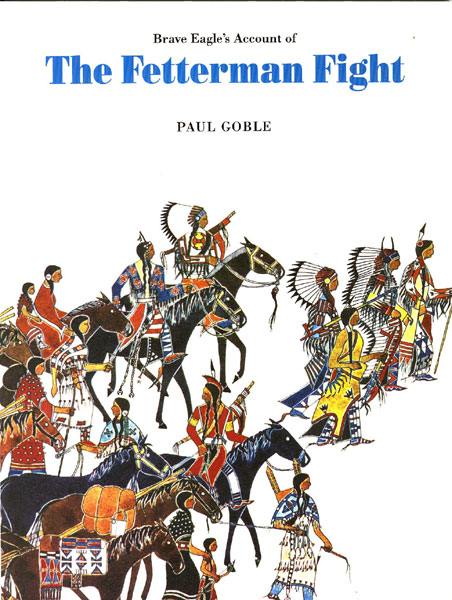 Other works by GOBLE, PAUL

First edition thus. Originally published in 1972. First reprint edition. 8vo. Color pictorial, stiff wrappers, 64 pp., frontispiece, author's note to this edition, illustrated. Paul Goble is an award winning author and illustrator of children's books. This book tells the tale of Brave Eagle, a fictional young Lakota warrior, who recounts his adventures in the exciting battle that took place in 1866. Brave Eagle’s story is a composite adaptation of accounts given by a number of warriors who actually participated in the events leading up to, including, and after the Fetterman Fight. Fine copy.

With Crook At The Rosebud.
J. W. VAUGHN