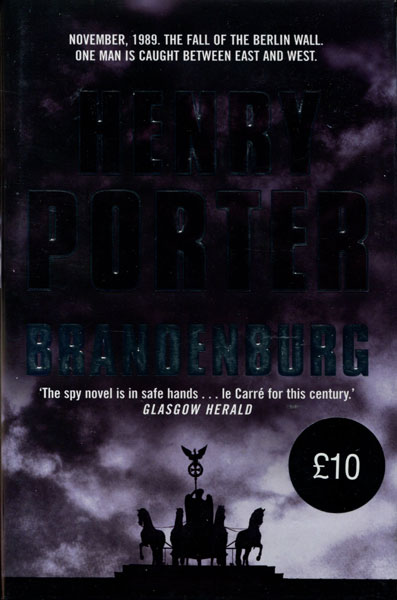 First edition. Fine in dust jacket. The Stasi was among the most sophisticated intelligence organizations in the world. But even with their special squads of armed officers, their torture chambers, and thousands of informers, they couldn't prevent the fall of the Berlin Wall. It is in the context of these last few paranoid weeks of the communist world, that Brandenburg is set. Dr. Rudi Rosenharte, formerly a member of the Stasi's elite foreign service, now an art scholar living in Dresden, is sent to Trieste to get together with his old lover, Annalise Schering. The problem is he knows she's already dead. He saw her himself, lying in bloody bathwater. So, who is this woman? The Stasi is convinced Annalise is returning to the fold with vital information. To make sure Rosenharte plays the game, they have imprisoned his family. But the Stasi is not the only intelligence agency with its hooks into Rosenharte. Soon he is encircled by no fewer than four, including the MI6 team and he faces a grim choice between leaving his beloved brother to the mercy of the Stasi or returning to East Germany to carry out an assignment in this intense police state.

The Undetective
by Bruce Graeme

An Agent Of Deceit
by Chris Morgan Jones