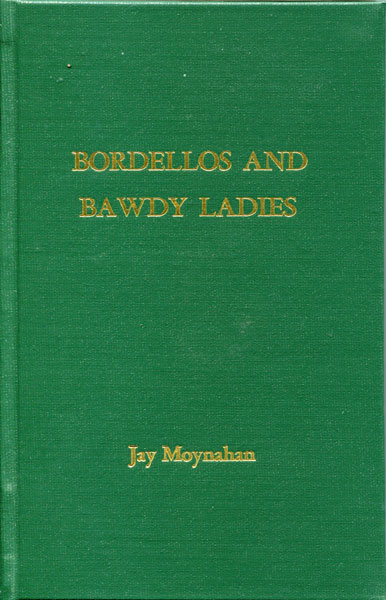 First edition. 8vo. Signed by the author. Limited to 750 numbered and signed copies. Green cloth, 167 pp., acknowledgments, introduction, illustrated from photographs, bibliography. In the early part of the 1900s there were probably 2,000 or more prostitutes working at any one time in Butte, Montana. There was never an accurate count, so the numbers are only an estimate. Prostitution in Butte developed and flourished and its red light district became one of the largest in the United States. This book talks about the many different types of prostitutes who plied their trade in this greatest mining camp in the west. Also discussed are how these women practiced prostitution and where in Butte they operated. A few stories of individual prostitutes are revealed. As new, without dust jacket as issued.