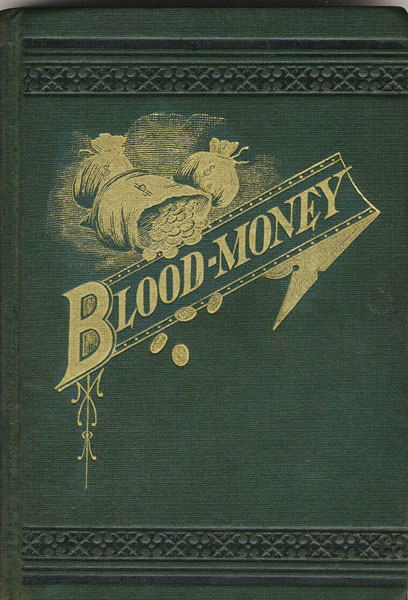 Other works by WILLIAM C. MORROW

First edition. 8vo. Original green cloth stamped in black, titled in gold gilt and with a pictorial design of bags of money in gold on the front cover, floral decorated endpapers, v [blank], 7-237 pp. The author's first novel, an indictment of the conduct of California railroad companies which were forcing settlers off their land, based on the Mussel Slough Tragedy. This tragedy was a dispute over land titles between settlers and the Southern Pacific Railroad that took place on May 11, 1880 on a farm located 5.6 miles northwest of Hanford, California, in the central San Joaquim Valley, leaving seven people dead. The exact history of the incident has been the source of some disagreement, largely because popular anti-railroad sentiment in the 1880s made the incident to be a clear example of corrupt and cold-blooded corporate greed. Morrow was a San Francisco based author, a mentor and contemporary of Ambrose Bierce, whose stories mostly appeared in Bay area journals, and his tales astounded and fascinated readers in old San Francisco. He is best known for his collection of weird and macabre stories titled THE APE THE IDIOT & OTHER PEOPLE. Very light professional restoration to the spine ends and corners, else a very good copy of a very scarce book.

The Hill Family Of Shakespeare. How A Cowboy …
HILL JANALOO [THEIR DAUGHTER]

Yosemite: The Story Of An Idea
HANS HUTH