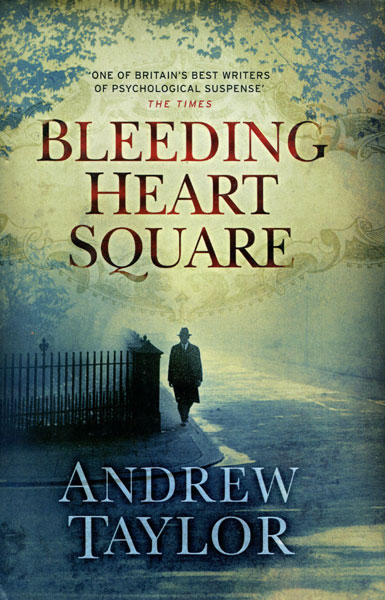 First edition. Fine in fine dust jacket. "If Philippa Penhow hadn't gone to Bleeding Heart Square on that January day, you and perhaps everyone else might have lived happily ever after..." It's 1934, and the decaying London cul-de-sac of Bleeding Heart Square is an unlikely place of refuge for aristocratic Lydia Langstone. As she flees her abusive marriage, there is only one person she feels she can turn to, the genteelly derelict Captain Ingleby-Lewis, currently lodging at no 7. Unknown to Lydia, a dark mystery haunts 7 Bleeding Heart Square. What happened to Miss Penhow, the middle-aged spinster who owns the house and who vanished four years earlier? Why are parcels of rotting hearts being sent to Joseph Serridge, the last person to see Miss Penhow alive?

This Gun For Hire
by Graham Greene

The Not Knowing.
by Cathi. Unsworth

Bond On Set. 007 Filming Die Another Day.
by Greg. Williams

The Frightened Ladies.
by Ben. Benson