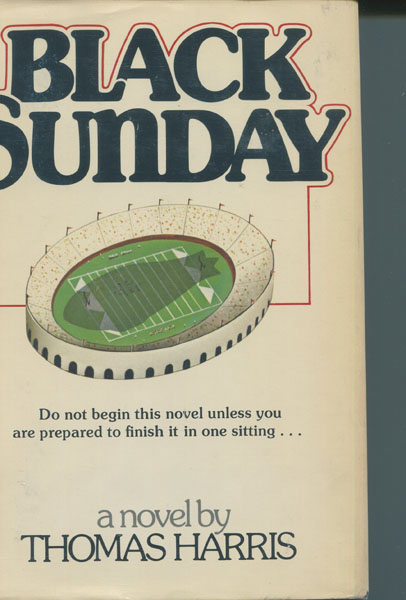 Other works by THOMAS HARRIS

First edition. Author's first book. Fine in dust jacket with light wear to the extremities and three 2" light creases to back panel. A thriller that pits Vietnam vet Michael Lander and PLO terrorist accomplices against an Israeli security agent and the FBI in a race to kill 80,000 spectators at the Super Bowl, with the President of the United States in attendance. Basis for the 1977 movie of the same name, directed by John Frankenheimer and starred Robert Shaw, Bruce Dern, Marthe Keller, and others. Terrific read!

A Storm Is Rising
GEORGE DYER