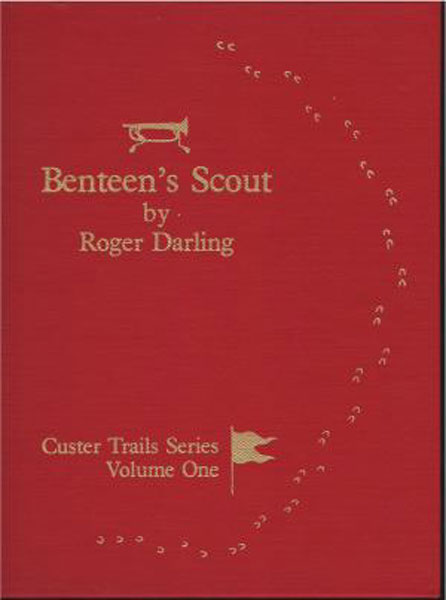 First edition. Cloth, 85 pp. Publishers introduction. Preface. Footnotes. Bibliography. Index. Illustrations include frontispiece portrait of Benteen and 10 photographs of the route. Large, fold-out map is approximately 28" x 16." A scholarly work of great importance to understanding the military disaster of the Battle of The Little Bighorn, of this excellent work Custer historian and author, John Gray said," The route for Benteen's scout from the separation point to reaching Reno Creek, which he marked out by superb field and map work, is by far the best ever and probably definitive...Darling's analysis of Benteen's attitude and frame of mind are not only useful, but judicious, insightful, and non-partisan." As new, with errata and original prospectus laid-in. Volume One of the Custer Trail Series.