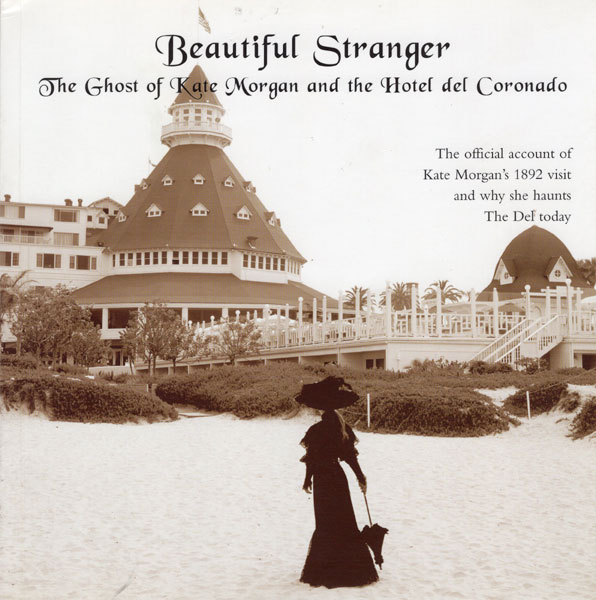 Beautiful Stranger. The Ghost Of Kate Morgan And The Hotel Del Coronado. The Official Account Of Kate Morgan's 1892 Visit And Why She Haunts The Del Today

First edition. 8vo. Beautiful wraparound pictorial cover art, pictorial front and rear endpapers, french folds, [8], 99 [1] pp., publisher's notes, double column, full page illustrations with some in color, portraits. The definitive record of Kate Morgan's ghost, as well as an accurate account of the mysterious life and death of Kate Morgan herself. Kate Farmer was born in Fremont County, Iowa around the year of 1864. On December 30, 1885 Kate married Thomas Morgan, and they had only one child, who lived for only two days. Kate was hired as a housemaid by the Grant family in Los Angeles and told her co-workers that she was married to a gambler. On the eve of Thanksgiving, 1892, Kate Morgan checked into the Hotel del Coronado alone, using the name "Lottie A Bernard," and carrying no luggage. Five days after checking in, Kate was found dead on an exterior staircase leading to the beach. She had a gunshot wound to her head, which the San Diego County Coroner later determined to be self-inflicted. but she really was from Iowa and the wife of a gambler named Tom Morgan. Hotel guests, employees, and even paranormal researchers have attested to some supernatural occurrences at The Del. Witnesses report flickering lights, televisions that turn on and off by themselves, dramatic shifts in room temperatures, odd scents, unexplained voices, the sound of strange footsteps, mysterious breezes which cause curtains to billow when windows are closed; still others claim to have seen the ghost of Kate Morgan herself. What caused Kate Morgan to take her own life? As new, unread copy.