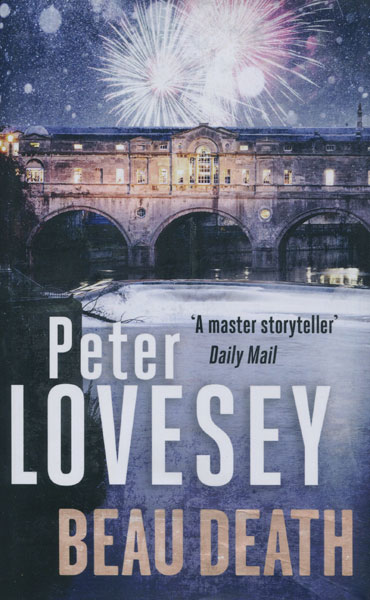 First edition. Signed by the author. As new, unread copy in dust jacket. A wrecking ball crashes through the roof of a terraced cottage in Bath and exposes a skeleton in eighteenth-century clothes. Can these possibly be the remains of Beau Nash, the so-called King of Bath, whose body is said to have ended up in a pauper's grave? Peter Diamond, the city's most experienced detective, is ordered to investigate, but grappling with historical events causes brawls in his team until everyone is diverted by a modern killing during a fireworks display on the Royal Crescent lawn. However, Beau Nash refuses to be ignored and when astonishing new facts emerge about the case, Bath's history is rewritten and mysteries ancient and modern are fused in a devastating climax.

Lestrade And The Ripper.
M.J. TROW

The Ghostway. [The Door Into Darkness].
TONY HILLERMAN

The Road To Gandolfo.
MICHAEL SHEPHERD