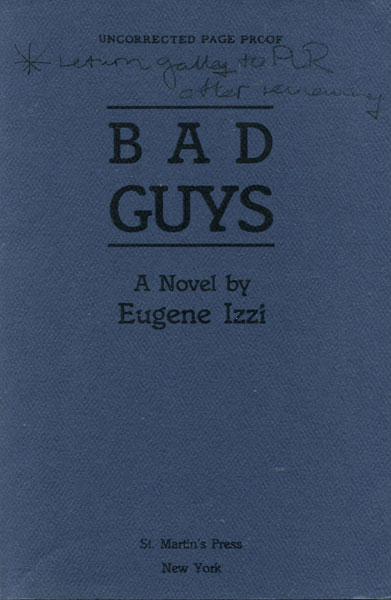 Other works by EUGENE IZZI

First edition. Uncorrected page proofs. Fine in printed wrappers. Chicago is being shared by two men -- Jimbo Marino, a cop who has survived for six months as a mole deep inside organized crime, and GiGi Parnell, a psychopathic killer whose release from prison gives him prime opportunity to seek revenge on the policeman who put him away! As Jimbo tries to stay one step ahead of Parnell, he must also outrun the Mafia underbosses who have learned his identity.

The Phantom Of The Temple.
ROBERT VAN GULIK

The Case Of The Shapely Shadow
ERLE STANLEY GARDNER