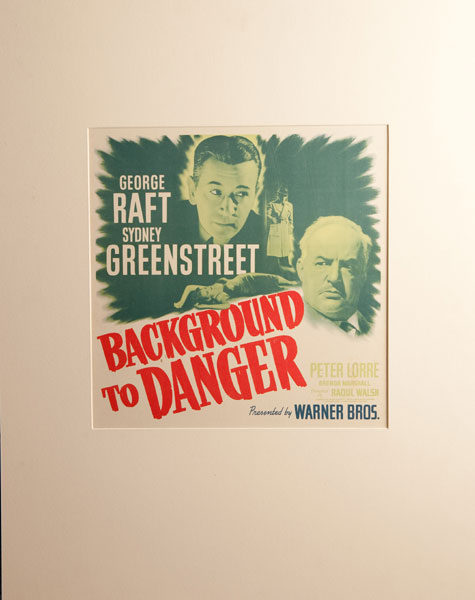 Colorful and attractive window card for the 1943 Warner Brothers motion picture. Directed by Raoul Walsh and screenplay by W.R. Burnett. From the novel originally published in the U.K. as Uncommon Danger in 1937, and as Background To Danger in the U.S. in 1937. The movie starred George Raft, Sydney Greenstreet, Peter Lorre, and Brenda Marshall. 22"x 28". Fine bright copy in custom mat.

The Galton Case.
by Ross. Macdonald

Road To Folly.
by Leslie. Ford

The Case Of The Running Man
by Christopher. Bush