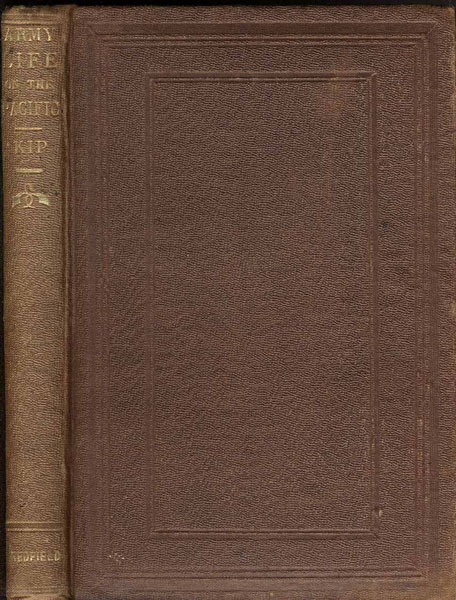 Army Life On The Pacific; A Journal Of The Expedition Against The Northern Indians, The Tribes Of The Coeur D'Alenes, Spokans, And Pelouzes, In The Summer Of 1858.

First edition. 12mo. Blind stamped cloth, gold stamping on the spine, vi [3], 10-144 pp., preface, appendix, A journal that pictures some phases of life at Fort Dalles, Fort Walla Walla, and Fort Taylor, and at the councils of the Coeur D'Alenes, Spokans, and Pelouzes Indians. One of the most interesting narratives of western campaigning and Indian warfare. Kip served under George Wright in the eastern Washington expedition intended to punish the tribes following the Steptoe Battle. Various battles are discussed including Spokan Plains and Four Lakes. Howes K172 says, "Best account, by a participant, of the 1858 campaign against the northwestern tribes." A prime northwestern military item. Very good tight copy.