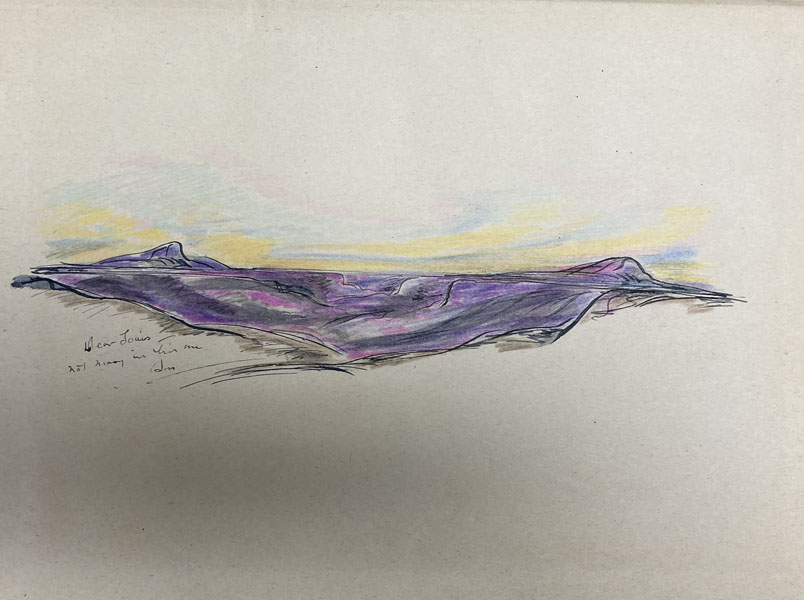 Other works by CARLSON, RAYMOND .

First edition. Quarto. Light blue buckram, titles stamped in gold gilt on front cover and spine, illustrated. Full page colored pen and ink drawing on front fly leaf by Ross Santee and addressed to Louis P. Merrill. Louis P. Merrill was a noted Texas ranchman and the author of "Aristocrats of the Cow Country," which first appeared in THE CATTLEMAN magazine in 1946, and was quickly adopted as a collector's guide for libraries and collectors interested in the historical development of the range/cattle industry. Another colored pen and ink drawing signed by Ross Santee appear at the bottom of page 2 in the March issue, and a penned note at the bottom of page 41 addressed to Louis P. Merrill and signed as "Ross" also appears in the March issue as well. The Arizona scene is gloriously reflected throughout the entire edition with colorful photographs, artwork, pottery, places to visit, historical discoveries, ranching, and a strong taste of Arizona and its people. Fine, bright, tight copy.

Railroad Map Of Oklahoma Published By The State. …
Corporation Commission Of Oklahoma