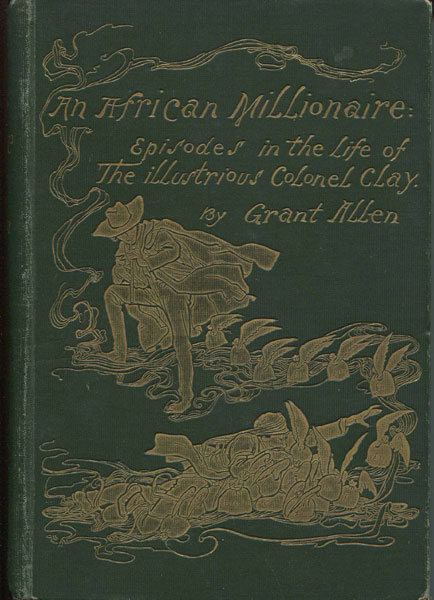 An African Millionaire. Episodes In The Life Of The Illustrious Colonel Clay

First edition. First printing. 8vo. Original dark green cloth with gold gilt titles and illustration to front cover and spine, illustrated, top edges gilt. Minor rubbing to the spine ends and corners, else very good in pictorial gilt stamped front cover. Queen's Quorum 21 says, "The "illustrious" Colonel Clay has been shamefully neglected. The Adam of yeggmen preceded the infinitely celebrated Raffles by two years...long enough to entitle the Colonel to top honors as the first great short-story thief on the criminal literary scene. The rare first edition of his fancy filching and fleecing shows an illustration in gold-leaf, on the front cover, of a Pied Piper followed not by children but by winged money-bags." A superb copy of a rare book.

The Sisterhood.
by Colin. Forbes

The Case Of The Dancing Sandwiches. Fredric Brown …
by Fredric. Brown

A Time To Depart.
by Lindsey. Davis