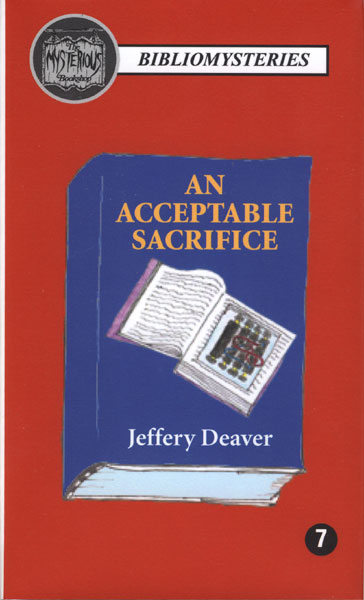 First edition. Limited edition of 100 copies issued in cloth, numbered and signed by the author. As new, unread copy in dust jacket. This is Biblio Mystery #7. "In Hermosillo, Mexico, two strangers meet with one common goal: to kill Alonso Maria Carillo, widely believed to be a drug lord better known as Cuchillo, "The Knife." Cuchillo seems a man who makes no mistakes, leaves no witnesses, and has but one weakness: rare and wildly expensive books. It is from this vulnerability that assassins Evans and Diaz conceive a near- perfect killing, one fit for a man capable of unspeakable cruelty. But as the plot hurtles towards its inevitable conclusion, the nature of Cuchillo's character comes into question and Diaz's confidence in his target's guilt is shaken. What happens next is a whirlwind of gunfire, homemade bombs, and a tightly orchestrated crime that it will keep you on the edge of your seat until the very end."

On The Edge.
by Peter. Lovesey