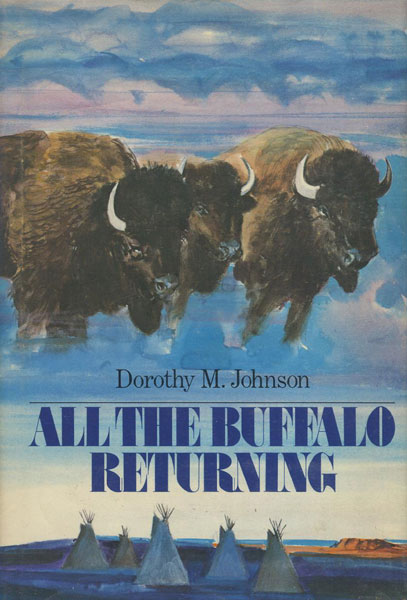 All The Buffalo Returning

Other works by DOROTHY M JOHNSON

First edition. Fine in dust jacket lightly rubbed on bottom edges. The Sioux and their Cheyenne allies won the battle of Little Big Horn, but their time to celebrate their triumph was brief. Soon they were penned up on reservations, fighting a losing action against U.S. troops, or seeking refuge in Canada. This is the story of the descendants of a Sioux woman named Whirlwind, whose death they mourned as they struggled northward through a blizzard. Whirlwind's life story was told in Buffalo Woman, winner of the 1978 Western Heritage Wrangler Award for the Outstanding Novel of the Year. In our opinion, this author has yet to write a bad novel or short story.

Arizona Strip: Christmas On The Homestead And Other …
JEAN LUTTRELL