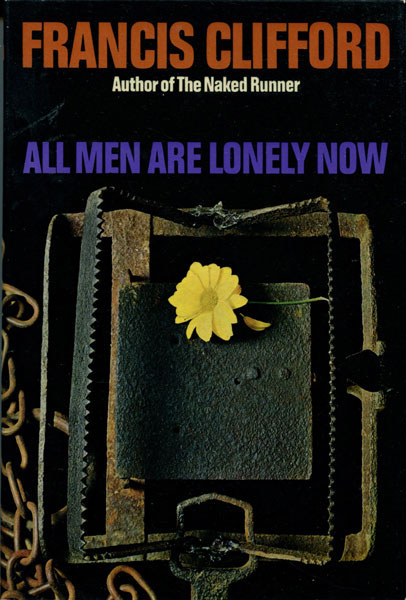 All Men Are Lonely Now.

First edition. Light offsetting to front and rear fly leafs, else fine in dust jacket. A weapons specialist falls in love with a young woman and all seems great until an East German defector discloses about a laser-guided missile that is being tested. The weapons specialist finds that his love for the young woman and his growing suspicion and betrayal contaminate both his job and his relationship. Eventually he creates a situation that culminates in a cold-blooded climax. 20th Century Crime & Mystery Writers thinks highly of this book.