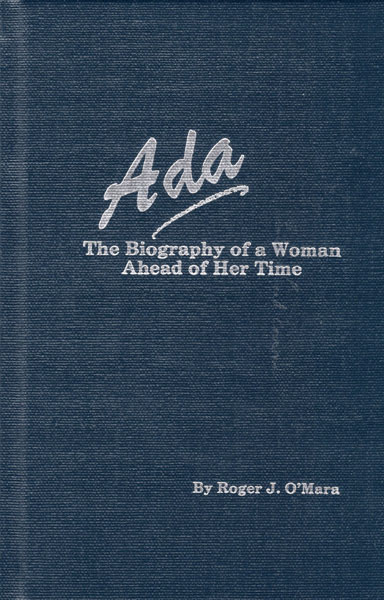 Ada. The Biography Of A Woman Ahead Of Her Time.

First edition. 8vo. Limited to 50 hardcover copies. Inked gift inscription on the front fly leaf signed and dated by Mary Esther Clark, President of the Board of the Little Chapel of All Nations, Inc., in 1990. Dark blue cloth, titles stamped in silver gilt on the front cover and spine, x - 132 pp., acknowledgments, introduction, illustrated, epilogue. The life story of a remarkable woman, who, in her lifetime, undertook numerous causes and became an early-day advocate of controlling atomic power. She also undertook opposition to the Kinsey Report, which she viewed as a national calamity. Born in Maine in 1888, she settled in Tucson, Arizona in the early 1920's and here resided until her death in 1974. She was the founder of the "Little Chapel of All Nations " and the "Letter Magazine," both located in Tucson. Fine, bright copy.

History And Reminiscences Of Denton County
by Ed. F Bates

Good Men, Bad Men, Lawmen And A Few …
by John A. Swearengin