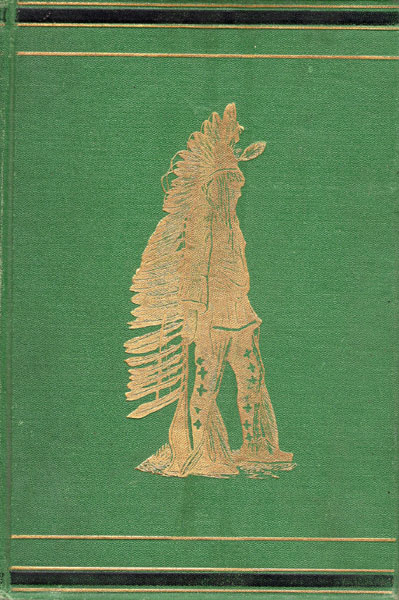 Ab-Sa-Ra-Ka Land Of Massacre: Being The Experience Of An Officer's Wife On The Plains. With An Outline Of Indian Operations And Conferences From 1865 To 1878

by Mrs. Henry B Carrington

Third edition. Revised, Enlarged, and Illustrated with maps, cuts, Indian portraits, etc. 8vo. Inked presentation inscription on a front fly leaf that is dated and signed by Col. Henry B. Carrington. Original green cloth, titles on spine and design on front cover stamped in gold gilt, brown front and rear endpapers, xx, 13 - 383 pp., frontispiece, preface to third edition. prologue to first edition, illustrated, plates, folding maps, appendices, advertisement. "In 1866 Col. Henry B. Carrington was ordered into the Powder River and Big Horn countries to build and garrison forts along the Bozeman Trail for the protection of white travelers. His wife Margaret, a dozen officer’s wives and eleven children traveled with the troops. Margaret maintained a detailed journal of the day-to-day operations of the men and families of the 2nd Battalion. Encompassing not only the daily life on the plains, it ventures into the conflicts between the Indians and the white intruders into the Indians hunting grounds. The Indian’s defense of their lands in the face of the rush to the Black Hills gold fields escalated until it erupted in the Fetterman Massacre of 1866. It is from Margaret’s journals that this book was written as an eyewitness account of incidents that plagued this troubled time." This edition was revised to include the 1876 Campaign against the Sioux, the Custer massacre and events afterwards, the Nez Perce War and Chief Joseph, and other important events. A small old water stain to top edge of frontispiece, former owner's bookplate on front pastedown sheet, light wear to spine ends, corners and extremities else a very good, bright, tight copy.

The Wild West Or, A History Of The …
by Don Russell

It Seems Like Only Yesterday: Mining And Mapping …
by Robert With Robert And Judith Whitcomb Lenon